The largest collection of oral histories ever compiled in the US. 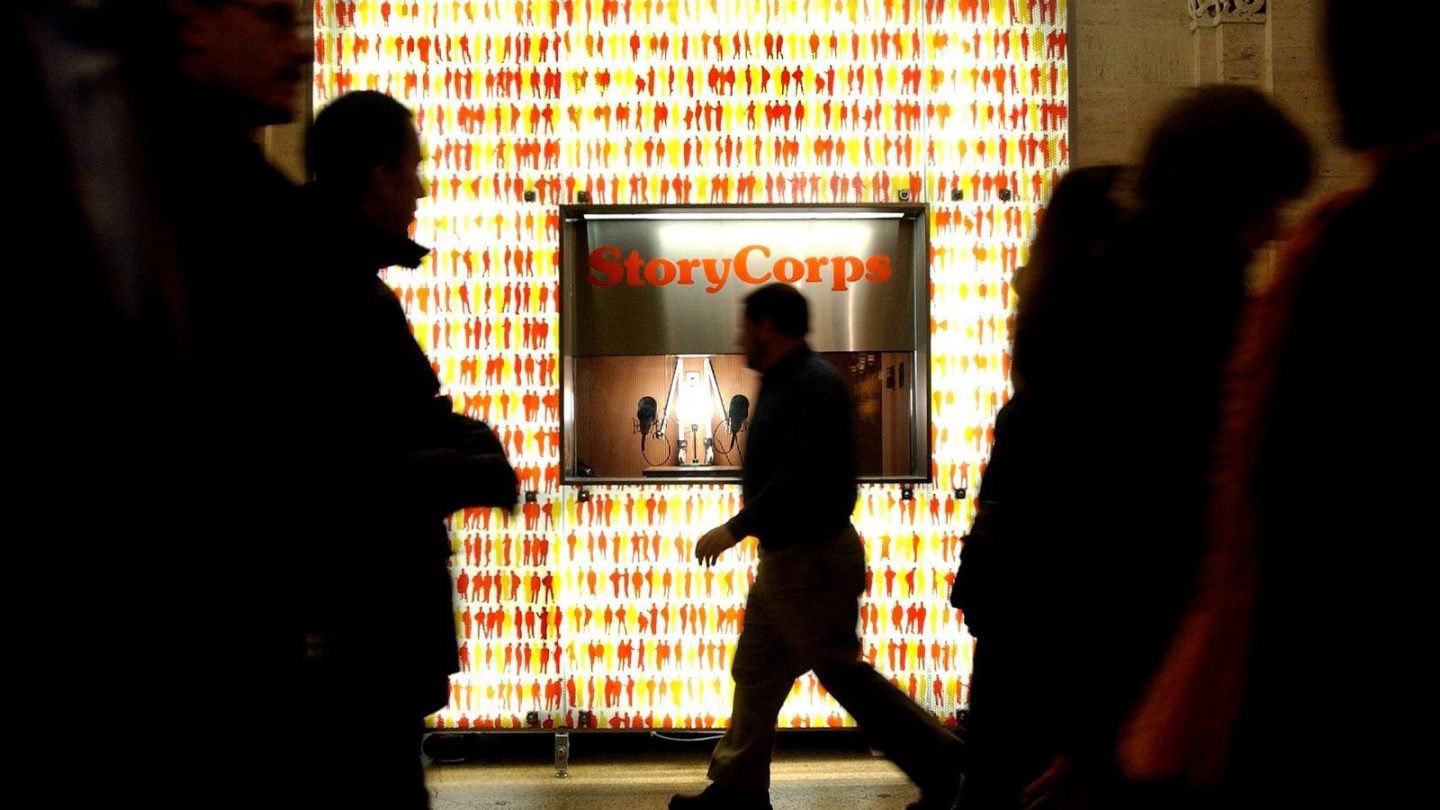 In 2003, Local Projects helped develop StoryCorps. Beginning with a single installation created by Local Projects and other partners, the organization has risen to national prominence over the last decade, from launching an NPR radio broadcast to winning multiple Peabody awards, and represents the largest single collection of human voices ever gathered.

During the Great Depression, the U.S. government employed millions of out-of-work citizens, including thousands of artists and journalists who traveled the country recording oral histories. The direct accounts of slavery and the Civil War that could only have been captured thanks to this national effort served as the inspiration for StoryCorps, a non-profit project dedicated to preserving and sharing the life stories of average Americans. 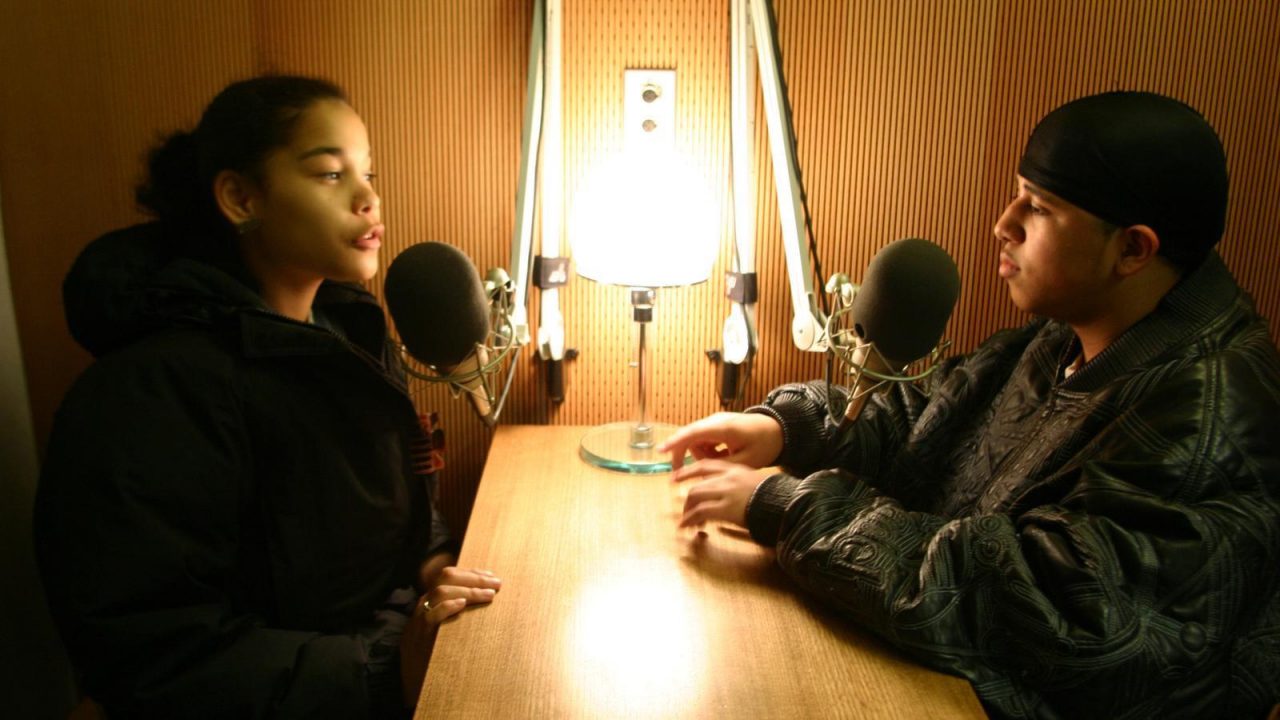 Local Projects was engaged to help create the first StoryBooth, located directly in the path of commuters coming in and out of Grand Central Terminal in New York City. The booth embodied the simple interaction dynamics that would fuel StoryCorps’ success later on. On the exterior walls, visitors could hear audio stories from others before entering the warm, almost domestic booth interior, which invited two participants to interview each other for 45 minutes. These recordings weren’t just shared with participants, a copy of each StoryCorps recording was sent to the Library of Congress. 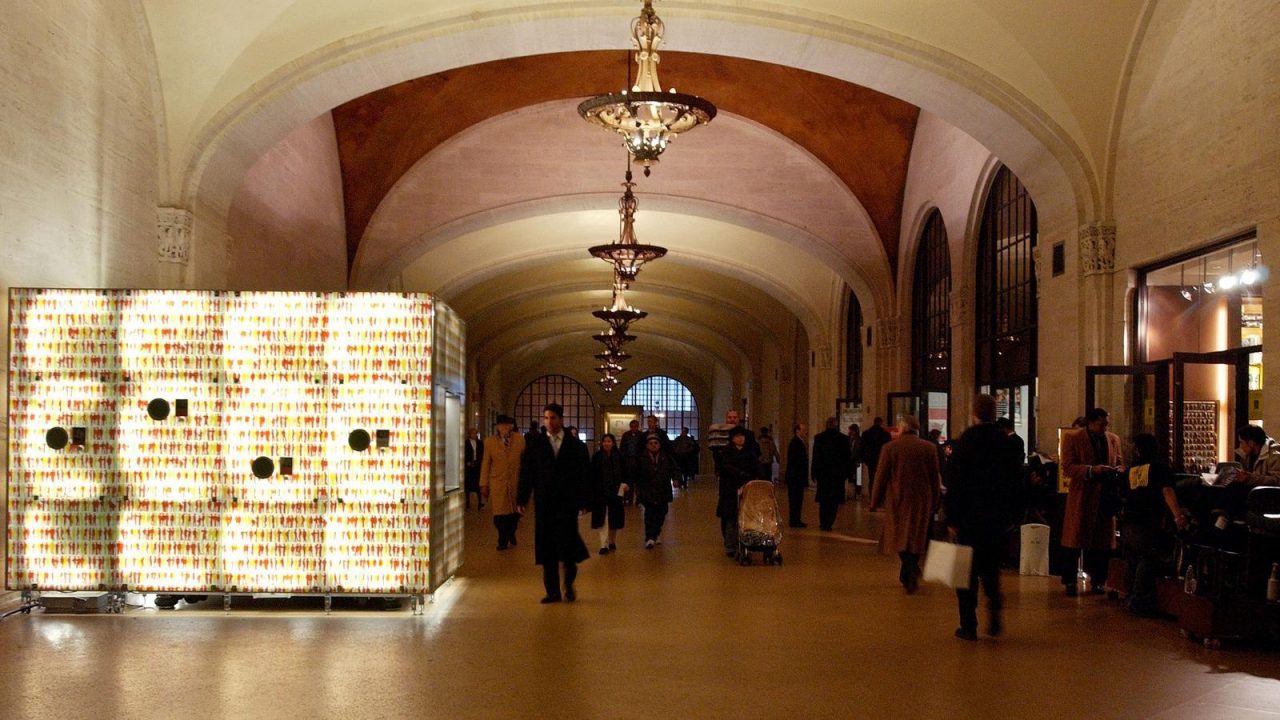 With constant foot traffic outside the booth and an inviting experience within, heartfelt and unexpected anecdotes poured into StoryCorps’ archive. Two years later, StoryCorps launched mobile versions of the booth that are still crossing the country today, collecting the most treasured memories of average Americans.